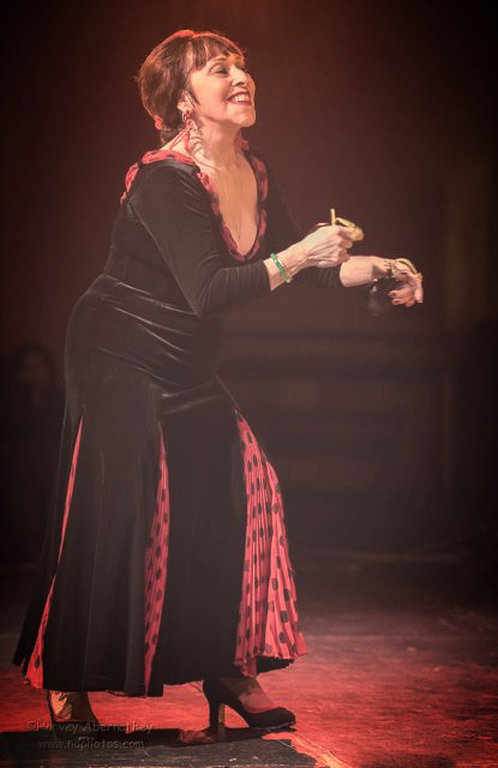 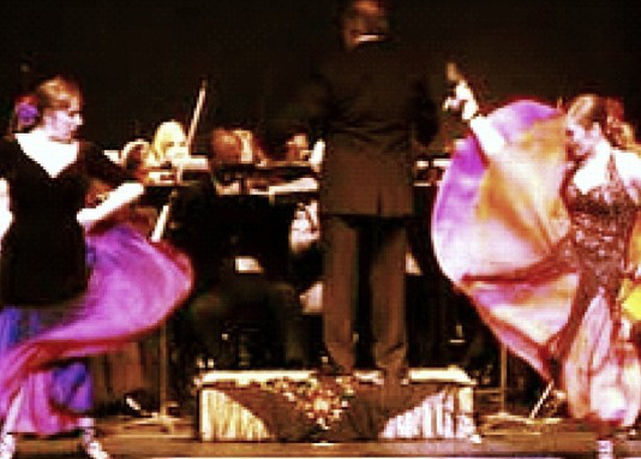 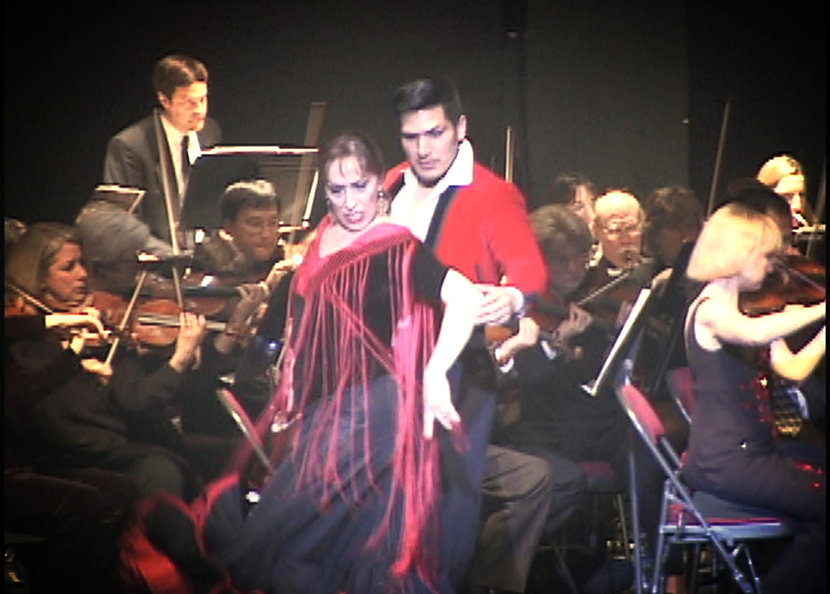 Concert Review: Off to Spain – with a musical passport

The Camellia Symphony Orchestra treated its audience to hassle-free, ticketless travel Saturday at Memorial Auditorium as it led a musical journey to California’s alter-ego, “España!” The armchair adventure – complete with music, of course; dancing, more rare; a soupçon of singing, and plenty of atmosphere – began in France with the performance of Emmanuel Chabrier’s mirthful musical vision of the Iberian Peninsula and ended with Manuel de Falla’s evocative ballet, the “Three-Cornered Hat.”
​
Flamenco dancing by the seven-member Brisas de España from the Bay Area added a new and welcome dimension to a Camellia Symphony concert as the troupe’s fancy footwork helped illustrate and punctuate de Falla’s ballet. The troupe performed spiritedly to the composer’s quintessentially complex Spanish melodies and rhythms.
​
The orchestra members provided the piece’s powerful musical underpinnings, and the dancers gave it style and grace. In all, the two groups appeared to captivate the large audience with their bravura and skill.

Brisas’ artistic director, Carolina Lugo, choreographed a small but intense operetta. Following de Falla’s lead, it was full of steamy and fiery emotion as well as naive and flirtatious interplay. The choreography incorporated classic flamenco steps as well as more balletic elegance. The dancers clicked and swirled their way across Memorial Auditorium’s sprung wood floor, using its resonance to good effect as the orchestra kept up the blazing pace.
​
Soprano Sheryl Renee Counter added her rich voice in portions of the de Falla, giving the event operatic drama. Throughout, the Camellia’s conductor, Allan Pollack, made a valiant and mostly successful effort to keep the orchestra and the dancers on the same track as castanets rattled, heels pounded the floor and huge silk shawls were swooshed and snapped to add visual accents. Frenchman Georges Bizet created some of the world’s most memorable Spanish music in his opera “Carmen,” and Saturday the Camellia played his orchestra-only suite from it with relish and confidence. Among the strengths of this orchestra are its woodwind and brass sections, and Bizet’s score gave them ample opportunity to sparkle.
​
The oboe very elegantly played all the requisite flourishes in the Prelude section, and later the flute teamed with the harp for a duet that earned them both respect.
​
The brass players got snaps for their power in one of Bizet’s most famous melodies, “Les Dragons d’Alcala.” In general, the piccolos, clarinets and bassoons added immensely to the overall effect of the suite’s five movements, and the percussion section provided its share of pizzazz. The gala fanfare and pageantry of a parade before a bullfight was summoned with the Camellia’s performance of “Les toreadors,” a tune even fifth-graders know.
​
Chabrier’s rhapsody, “España,” was a breezy beginning, played crisply by the ensemble. The brass and percussion sections set the clipped tone, and the orchestra as a whole responded well to conductor Pollack’s energetic lead.
​
The rhapsody’s overt exposure of typically Spanish musical idioms contrasted with Claude Debussy’s more elusive gestures toward Spain. In “Iberia: Images pour Orchestre No. 2,” Debussy created a shadowy, mysterious mien in “Les parfums de la nuit” (the scents of the night). During this movement, the percussion, flute and French horn players approximated undulating fog or water at night. The lush strings had some trouble maintaining the intensity in the first image, but later, when the music warmed up in the “Le matin d’un jour de fete” (the morning of the day of the festival) section, so did the strings. The morning scene was appealing with its varied rhythmic nuances, well-played clarinet solo and the lower strings’ earthy hums. All in all, it was an easy, familiar trip with no tipping or packing worries.